So we thought it was time we tried to reassure the wives and girlfriends that just because their man likes a little bit of lace, he’s no less manly than when he wears cotton briefs.

One of the biggest obstacles for women understanding men’s lingerie is usually the guy’s inability to explain why he likes it in the first place!? And the reason he cannot explain it in simple terms is he probably doesn’t know why himself.

Just because we make lingerie doesn’t mean that every single guy (or girl) that makes a purchase buys a bra/panty set or a teddy.? Guy’s into lingerie fall into various groups.? Some only like briefs, some thongs, some both, some bra/briefs, some brief/teddy and so on.? You get the idea.

So back to why guys wear lingerie.? For some, but probably the minority, the reason is just fit and comfort.? There’s no denying lingerie designed for guys is very comfortable.? Light fabrics and soft laces are way better than some of the cheapo elastics used in the majority of men’s underwear.

But for the majority of men, the reason is simple.? A guy can wear something very sexy under his clothes that only he knows about.? It’s taboo, frowned upon socially, causes confusion from both men and women and he can wear it without anyone’s knowledge.? Regardless of his standing in society, he can wear this without his friends, colleagues or family having a clue.

If he’s an executive, a professional in his field, a tradesman or truck driver, he can keep his outward persona as per the expectations of others, while indulging in something that makes him feel good about himself.

So ladies, he’s no different to the guy you started dating or married or hooked up with except that he likes to have a little fun now and again.? The fact is that many guys start wearing women’s underwear in their teens (usually their mother/sisters underwear) and it becomes an on again off again addiction for the remainder of their lives.

We see many comments from women stating “My man would never wear that” or “I’d be out the door so fast if I ever found my husband wearing panties”.? We really cannot understand why a little fabric and lace would make such a difference to the perception of a partner.? And to be truthful, guys are actually quite adept at hiding their lingerie ways purely for this reason.

So ladies, your man is going to indulge regardless of what you say, and the end result will be an invisible wedge in the relationship.? If your man has broached the subject with you, at least have the courtesy to listen and make an attempt at understanding what he’s saying.? If it’s any consolation, we get plenty of correspondence from partners that don’t have a problem with it and they love the results in the bedroom!

Also keep in mind that if your man is into lingerie, allowing him to buy his own will stop him stretching yours in all the wrong places!

Live a little, have some fun, and don’t think your relationship is over just because he’s into something that allows him to feel good about himself.

If you have any queries or comments, please feel free to email us at info@hommemystere.com.? We’d love to hear from women that have had ‘the conversation’ with their partners.

Receive our latest updates about our products and promotions.
We promise to only send you good things! 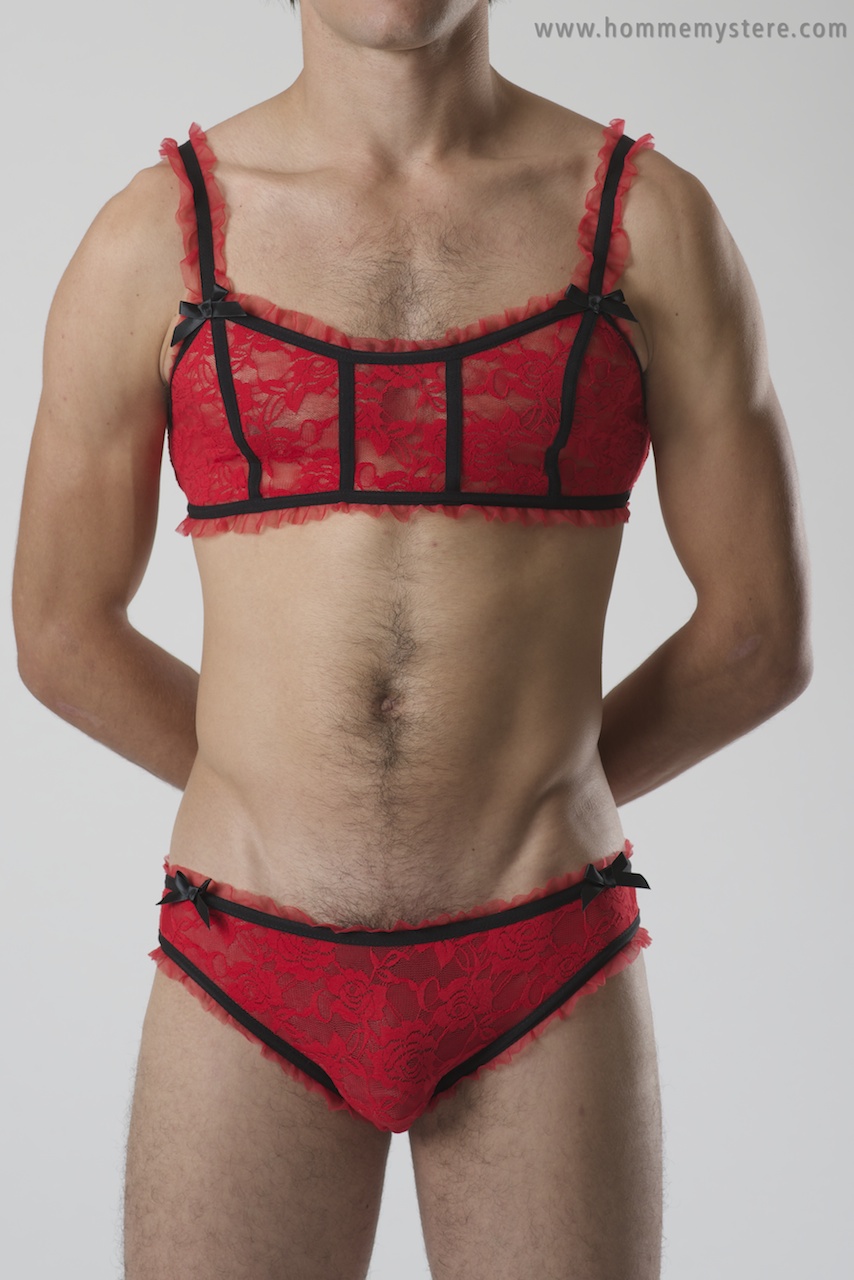